It’s time for another episode of Queso Pro! I’m on step 4 and 5 of ye ole project plan:

If you’ve been following along, steps 1-3 went swimmingly, but gee-whiz has this one taken longer than expected. I’ve been building WordPress sites since Stan Getz—that’s a decade, yo—so it’s a bit of a shocker.

The plan was to “Spin up a WordPress docker image on an existing AWS EC2 nano instance.” It sounds fancy, but really after you set up the docker infrastructure it’s a one-line command to launch a new WordPress site. Just type these magic words in a shell:

The problem was the MySQL database that accompanies WordPress kept crashing before I could even debug the issue. The logs looked like this. I circled the most important line for you, but I wasn’t so lucky. 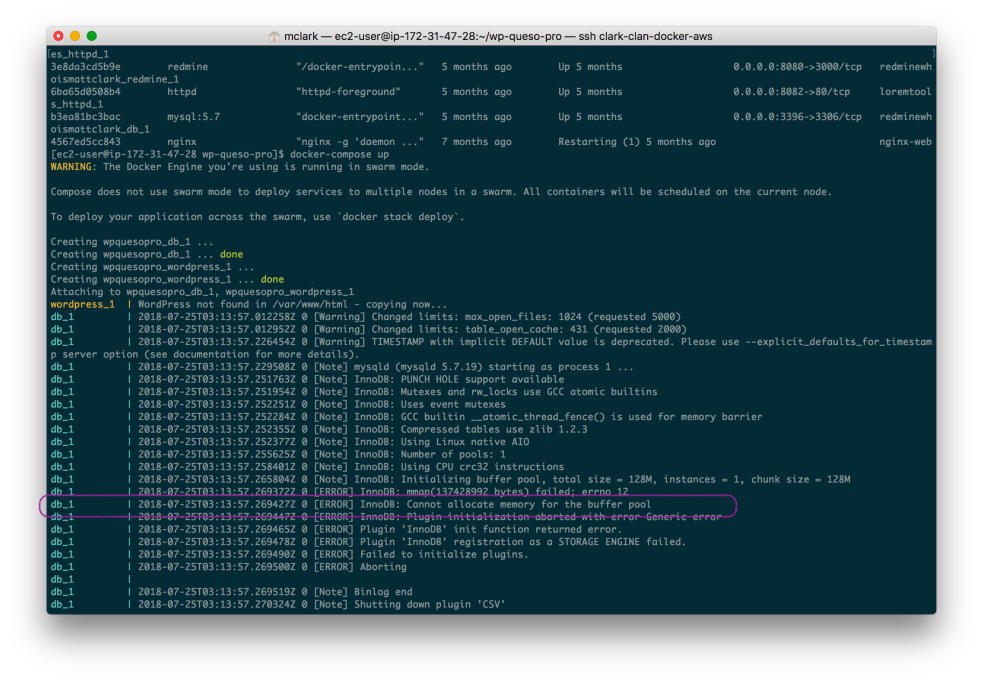 Though the issue seems obvious now I went down a few rabbit holes: port conflicts, nginx caching, credential errors. If you Google the line I circled:

You’ll quickly find some StackOverflow articles that strongly suggest you are out of memory. Turns out my little AWS EC2 nano instance is too nano to run three MySQL servers. 😦

Sadly it took me a long time to Google that error line. Two hours lost. Nearly half the time I’ve invested in this project was debugging a docker issue. Blast!

Anyhow, I’ve pivoted to using Bluehost. I already pay for that too, so it’s not an added expense, but I was really trying to move everything over to docker to make scaling easier. You know, in case Queso Pro takes off (I’m under no illusion that it will). It’s all about getting subsidized queso not selling ads!

Is it as easy as typing a few magic words into a shell, you ask? Let’s see. It’s only 7:57pm. Let’s click this Install WordPress link. 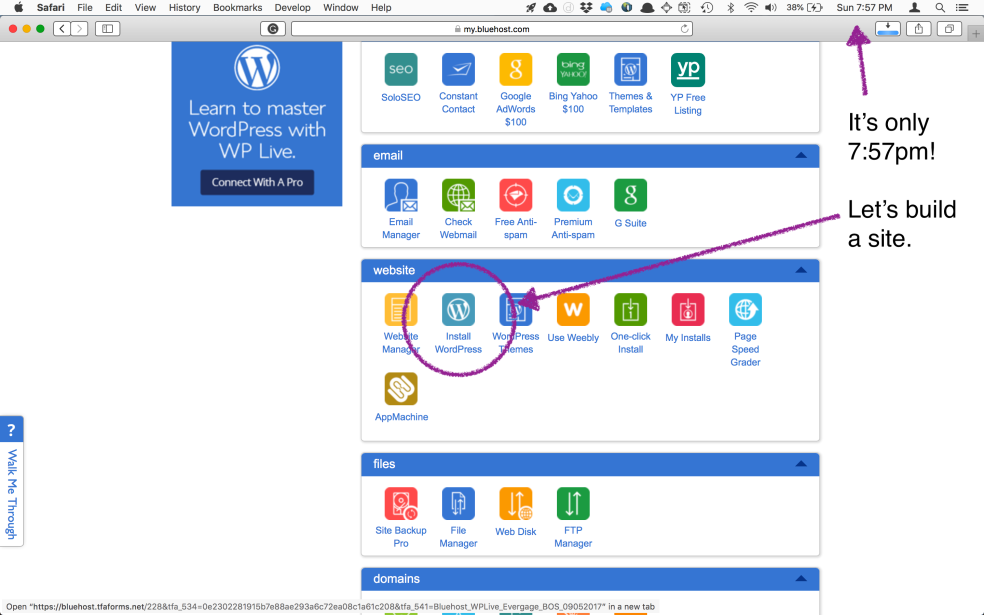 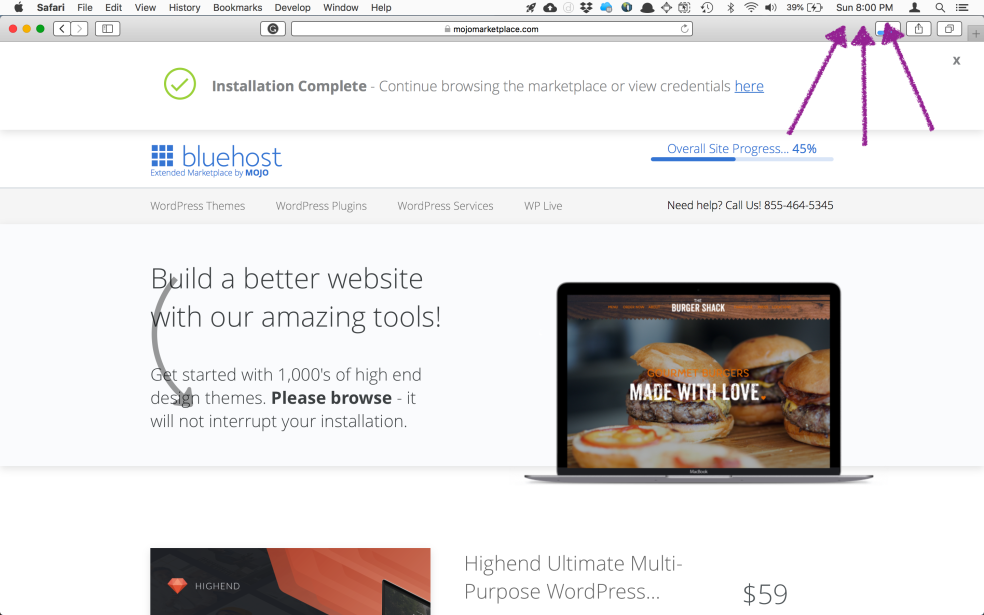 All right. Now we’re ready to install that AMP theme, customize it to our yellow/black yummy brand, slap a coming soon message on the landing page, and advance to Step 6 which may involve actual consumption of queso.

The bad news is that the AMP theme I was going to purchase from https://ampthemes.io/pricing/ requires an annual subscription. I have a personal policy about limiting the number of subscriptions in my life. Grr.

The good news is that just a few days ago WordPress announced native support for AMP through their amp-wp plugin.

I’m going to make an ill-advised build v. buy decision here and build my own theme based on Underscores utilizing this yet-to-be-merged pull request.

Tune in next week to see how I do!